South Branch of the Middle Fork of the Feather

The South Branch is hands down one of the best 1-day runs I have ever done. I would say it's a knotch up in quality to Tatlow Creek or maybe it's California's Tatlow Creek. Different character and geology then Tatlow, but super high quality steep creeking that leaves an ear to ear grin for the whole next week.

Anyways, this has been a very well documented stretch of river this year so I won't bore you with details. I took a few pics and Darin McQuoid did an excellent write up on the run.
Matt Thomas enjoying some air time 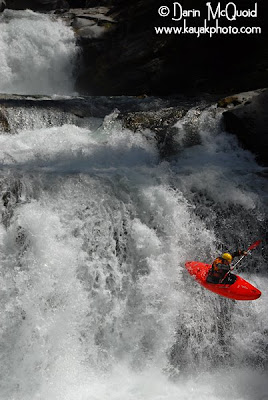 The first time I did this run I pretty much got routed off every drop with only verbal beta except for a high pressure twenty footer above a portage and the last big one. So the beta I got on the drop shown above was go left and follow me. So I peeled out of the eddy onto a 30 degree slide then the next thing I know I'm completely airborne dropping about 20 feet. Wasn't expecting that at all!

Devin Knight on the same drop as above. 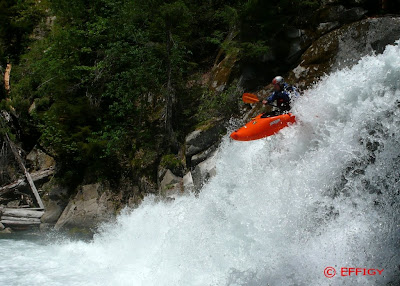 There's a portage around about 150 foot water-fall. The portage itself is pretty easy, but putting back in is a little less than ideal. The river pounds into a vertical wall less than 50 feet from the base of the falls. So when you seal launch back in you're sitting right next to the curtain and you have decide do I go for the micro eddy on the right then try and ferry between the boil and the wall...OR do I just launch directly into the curtain and hope it shoots me out the other side?

Darin McQuoid about to do the bold and zesty portage line 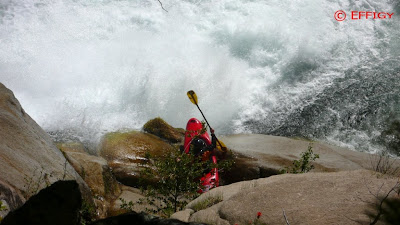 Unfortunately you can't see the wall from this picture, but it is literally right out of the frame. The curtain option goes slick and is kind of fun in a way. It's a little intimidating sitting there because the sound is deafening and you're constantly getting sprayed from the curtain. It definitely gets you attention.

Directly after the portage is a fun little slide then it's the final biggie, which needs no description just take a look at the pics. 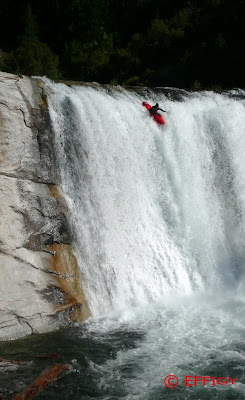 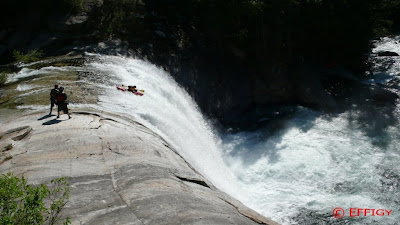 Darin doesn't get a lot of pictures taken of him because he's pretty committed to taking photos you usaully probes the drop and then sets up to take some pretty sick pictures. If you haven't checked out his site you should do so at Jefferson State Creeking.

I've said it before and I'll say it again the best thing about Southern Oregon is that it's close to California whitewater!!

So my blog will be deviating from the chronological nature and following a more random approach based on...well purely based on convenience. Nothing scientifitic just lazy. Actually just way more busy enjoying stuff outside instead fo being inside.

We ran the White Salmon over the first weekend in April 2008. The level was about 3 ft and I'm not even going to tell you how to get there or anything else because if you don't already know or can't find out on your own then stay home. Ha Ha Ha! 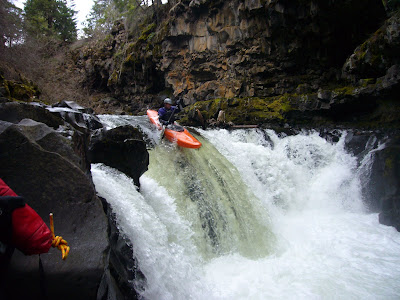 The next drop scares the crap out of me. It has nothing to do with the height, but more to do with the cave. I don't like CAVES especially while kayaking. I ran this last summer and got a beat down at the bottom of the falls and swam. Luckily this time Ricky and RT showed me the proper way to handle big bro and fired it up without too much incident. 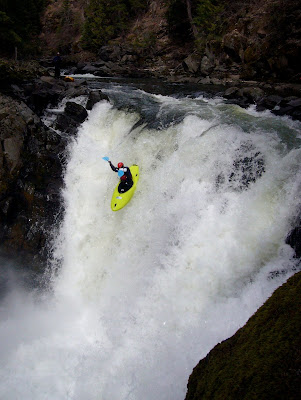 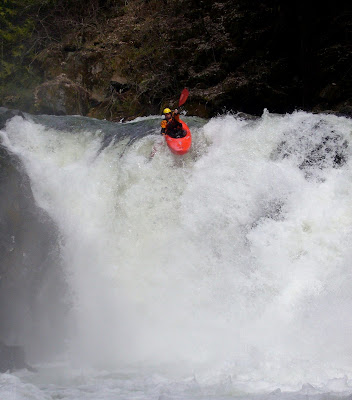 Ricky was on a rampage that day. Prolly due to the fact that there's going to be a little schurdl running around here real soon.

Well anyways, he fired up BZ and made it look fun. I still walked. That is a big, mean looking hydraulic! 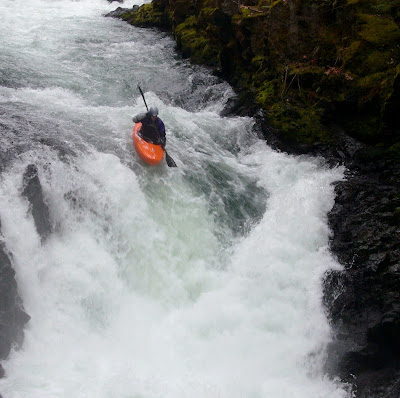 Hood River is an outdoor playground with many multisport opportunities. We ended up running the Framlands stretch on the White Salmon staight on through the Truss section then went mountain biking up by the Hospital.

Then on Sunday we did a ride just East of White Salmon that was pretty fun. The trail ran along the edge of about 200 foot cliff. It was little challenging mentally not look at the edge, but it was kinda cool too.

Boy that's a long ways down! 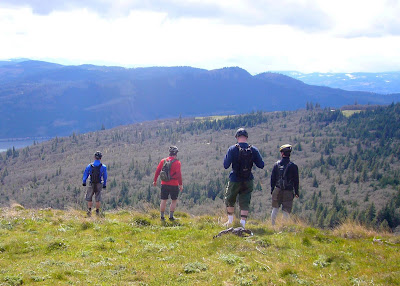 Brian aka 420 shredding the trail 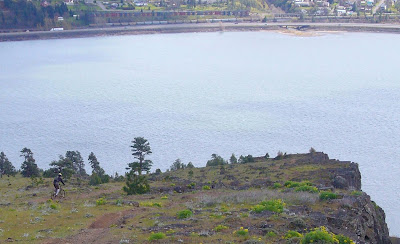